WhatsApp for Android has finally received the call-waiting support. The feature will allow users to accept an incoming WhatsApp voice call while they are already on another call. Until today, users were not given a choice to accept or even see calls they are getting while they are in the middle of another call.

Users can now update WhatsApp to the latest 2.19.357 version on their Android smartphones from the Google Play Store and get the much-awaited support.

Besides, WhatsApp call-waiting feature, the Facebook-owned app has also released new privacy settings that will enable users to control who can add them to groups. This is, however, not a new update, it seems to be rolling out for a wider audience. In addition to this, WhatsApp has also fixed an issue which caused fast battery drain on a few devices. Here’s the full changelog. 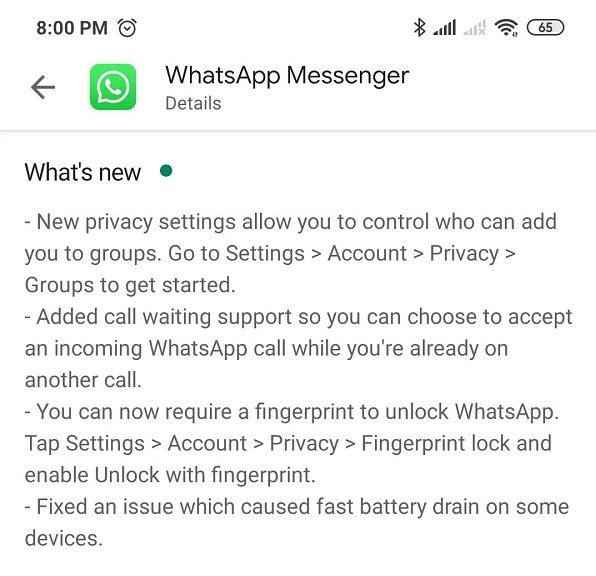 WhatsApp had recently released the fingerprint lock function that allows users to protect their chats from prying eyes of strangers while in the future updates, the company is highly anticipated to release self-destructing messages, dark mode, multiple devices support and the ability to hide muted status. These features are currently under development and might see the day of light in the coming months.